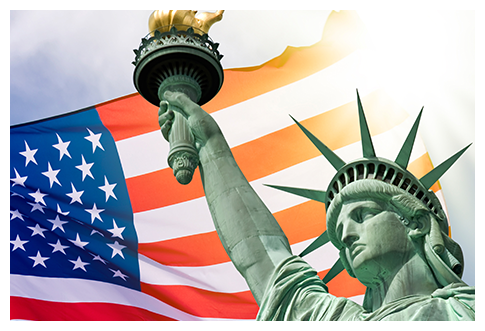 Over 20 years Of
Immigration Experience

We provide legal immigration assistance to individuals and businesses across the United States and throughout the world.

Generally, an applicant must demonstrate that your qualifying US citizen relative will suffer extreme hardship if you are not allowed to enter the US. You must support your case with a strong documentary evidence.

An applicant may be granted a waiver of inadmissibility for both Immigrant and nonimmigrant visa applicants.

The waiver substantially reduces the period of time that immigrants, who either entered without inspection or overstayed their visas, will have to spend apart from their families after applying for immigrant visas and a waiver of inadmissibility to the United States for unlawful presence. Until now, the majority of immigrants who had been deemed ineligible for admissibility into the United States were required to return to their country of origin where they could possibly remain for months or even years while waiting for the approval of a waiver of inadmissibility, causing severe distress to family members left in the United States.

Now, immigrants who are inadmissible only due to unlawful presence in the US may remain with their family while their request for a waiver of inadmissibility is being processed.

Remember: you must be an immediate relative of a U.S. inadmissible only on account of unlawful presence, and demonstrate the denial of the waiver would result in extreme hardship to his or her U.S. citizen spouse or parent.

Immigrants will not be required to return to their country of origin until, either their waiver has been approved, in which case they will need to return in order to attend their consular interview and obtain their visa, or that waiver is denied. Presently, immigrants deemed inadmissible for any reasons other than unlawful presence [fraud, criminal activity, etc…] are ineligible for the Provisional Unlawful Presence Waiver.

If the answer from the USCIS is “no,” applicants will at least find out while they’re still with their family in the US, not trapped outside for three or ten years. You may reapply as there are no ban on reapplying. I have many clients who have the waivers granted.

Questions? Get Answers!
Fill Out The Form Below